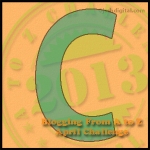 Today we’re travelling to Kakadu National Park, about 300kms from Darwin in the Northern Territory.

Cooinda offers one of Kakadu’s hotel options, Gagadju Lodge Cooinda. More importantly it’s also home of the famous Yellow Waters cruise which is a year-long tourist opportunity. For my money it’s a “must do” activity if visiting the Top End of the Northern Territory and this will be our visit on . Cooinda provides a hub for a variety of tourist activities from visiting Nourlangie Rock to checking out the bird life (but preferably not the crocs) on Anbangbang billabong.

Cooinda is also the neighbour to a wonderful Indigenous museum, the Warradjan Cultural Centre which offers the visitor the opportunity to learn more about Indigenous life and culture. The video-taped interviews are well worth listening to. It’s sometimes called the Turtle House because it’s in the shape of a turtle which is really only apparent from the air.

Yellow Waters is a bonzer tourist opportunity and is enjoyable in either the Wet or the Dry Season. In the Dry season, Yellow Waters is a haven for bird life as the surrounding billabongs and waterways contract. The crocs also quite like to sit on the banks to sun themselves when the water’s a bit chilly. Like any wildlife opportunity what you see varies enormously but on the early morning or late afternoon cruises you are more likely to see birds. Of course in the Dry, being peak tourist season, there’s also a proliferation of tour buses etc. Visitors who venture forth in the Wet need to be aware they won’t see as much bird life, or as many crocs, but it’s so tranquil boating through the laneways of overhanging paperbarks (Melaleucas).

Why Visit: If you love nature, have a fascination with birds, are obsessed with crocodiles or want to learn more about traditional Aboriginal life and culture.

FYI: There’s are a couple of maps on my A to Z planning post which will help you to pinpoint where today’s tourist spots are situated.

Cranky: cross or in a bad temper

Crank: someone who’s a bit obsessed about something (hmm another name for family historians)

Calithumpian*: a description used for someone with no fixed religious affiliation, or perhaps doesn’t want it known. eg “She’s a Calithumpian not a Catholic/Methodist/Anglican”

Cobber*: Once a vitally important word in the Aussie lexicon, this term has progressively disappeared. It was very much in vogue at the time of World War I and expresses something beyond mere friendship – a deep link between men who could rely on each other in times of great need or danger like the outback or war. “Don’t forget me Cobber” is the name of a book about WWI men at the Battle of Fromelles.

Crook: usually meant to signify someone is unwell (he’s feeling a bit crook today). Alternatively, it means he/she is something of a thief etc “he’s a crook, he’ll charge like a wounded bull”.

Chunder: vomit aka “Technicolour Yawn” or “Driving the porcelain bus” (especially with a hangover)

Join me tomorrow for an excursion several hundred kilometres down the Stuart Highway.

25 thoughts on “C is for Cooinda touring”